Place bubbling with musical creation. 2nd french agglomeration in the world after Paris.

The musical vehicle for linking Paris and Kinshasa!

Initiated by the musician Patrick Mundelé and the dancer Mama Cécilia, the PKE collective gather a dozen artists (France, Congo, Togo, Japan), old wolves of the Congolese scene or from the new generation. Revisiting the music of the Congo Basin, these explorers/fun makers, agree to make sound in harmony a modern and mixed rumba whose lyrics mingle mockery and seriousness, in French and Lingala. The result needs to be listened with the intelligence of the heart and invites everybody to dance! Beware, it may shake a little…

“It’s an amazing Africa that the one who is carried by the Paris Kinshasa Express. Without a doubt an Africa linked to childhood, mixing, shared originality, shared origin. An Africa of energies, an Africa of colours. Singing, dancing, fighting Congo. Because in our phones and computers lies a harvested precious land in Congo, but did we knew that? Because the whole world owes most of their dances and rhythms to Congo, but did we knew that? And simply because music drives us, even if we can’t see it, but it takes us by the legs and the bottom and we sweat, they call that Mélomania.” 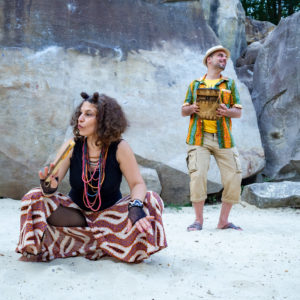 Happy meetings are the mean thread of the Paris Kinshasa Express.

At first, on the end of 2007, two characters met :Cécile Cassin ‑called Mama Cécilia– and Patrick Pellé -called Mundélé. Fascination immediately occurs between these two artists who grew in multiculturalism ans miscegenation led by history of France. At first she notices his natural presence, the strongness, the smoothness and the range of his voice. And also how he plays guitar, in a swaying style, coloured by rumba and soukouss. Cécile is rather somebody who lives things up. She is a ball of energy who gathers people and creates concepts and worlds. Things work well between their affinities and sensibilities. They share vibrations in their bodies while listening to Congolese musics. These emotions where probably anchored in their childhood memories.

Mundélé, the French and German “little white guy” lived till he was nine in “the beautiful Kinshasa”. He naturally felt its scenery and its sensual atmosphere : music everywhere, echo of choirs in churches on Sunday, texture of foufou, smell of saka-saka, grey sky, whispers of tropical rains, rain pools, luxuriant vegetation, river Congo, masks on craft markets, football made of rags, but also poverty you can see in the streets. In the meantime Cécile lived in a quiet, common and mixed borough in Paris (20th). Her family loves music. Her mother, who was born in Tunisia, listens to Warda, Bourvil, Brel and Brassens. Her great sister buys albums of Touré Kunda and they go together to their first concerts. Her father, who was born in Antilles Islands, is a great fan of Nougaro. He likes dancing zouk, Haitian kompa and also Zao and Pépé Kallé he loves.

When she was ten, so right after Patrick came for good to France, Cécile travels in Senegal. It’s the beginning of her passion for Africa. While Patrick tells his friends that in Congo you play banda and tsakala rather than djembé, Cécile dances “Yéké-Yéké” in the school yard.

On winter 2008 Patrick Mundélé rediscovers sanza (lamellophone) with the Makouaya Brothers ; he doesn’t leave it any more. In fact the instrument choose him ! Then Cécile introduces him to Lidjo Kuempa, an artist she follows since she discovered him. Then things link together. Lidjo introduces them to the Village Mongania, a squat and a meeting of “ex-Zairian” musicians led by the percussionist Oléko Esabé (ex Choc Stars). There they meet Nono Atalaku (ex Zaïco Langa Langa) and the guitar player Elvis Kunku (ex Empire Bakuba) . They make a first musical experience with Oléko and Nono, the OK Likembé. They give fun in streets and parks from 2009 to 2011. On 2010 they travel to Congo Brazzaville where they have the opportunity to meet Chrysogone Diangouya, Delavallet Bidiefono, well know Zao, the Très Fâchés, and also deceased Antoine Moundanda et Papa Kourand, great players of sanza. When they come back, the Paris-Kinshasa Express is born. Patrick composes their first pieces of music. PKE’s venture has initiated… 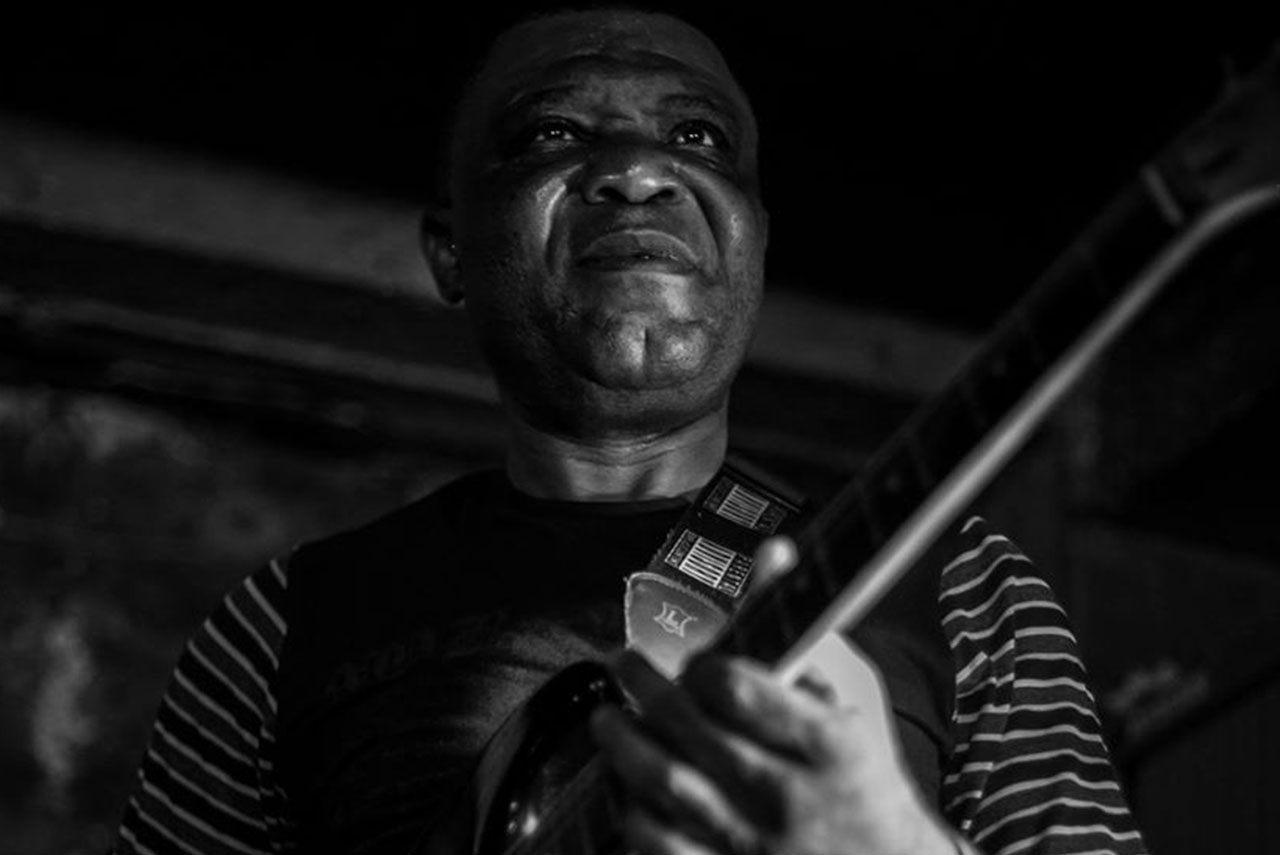 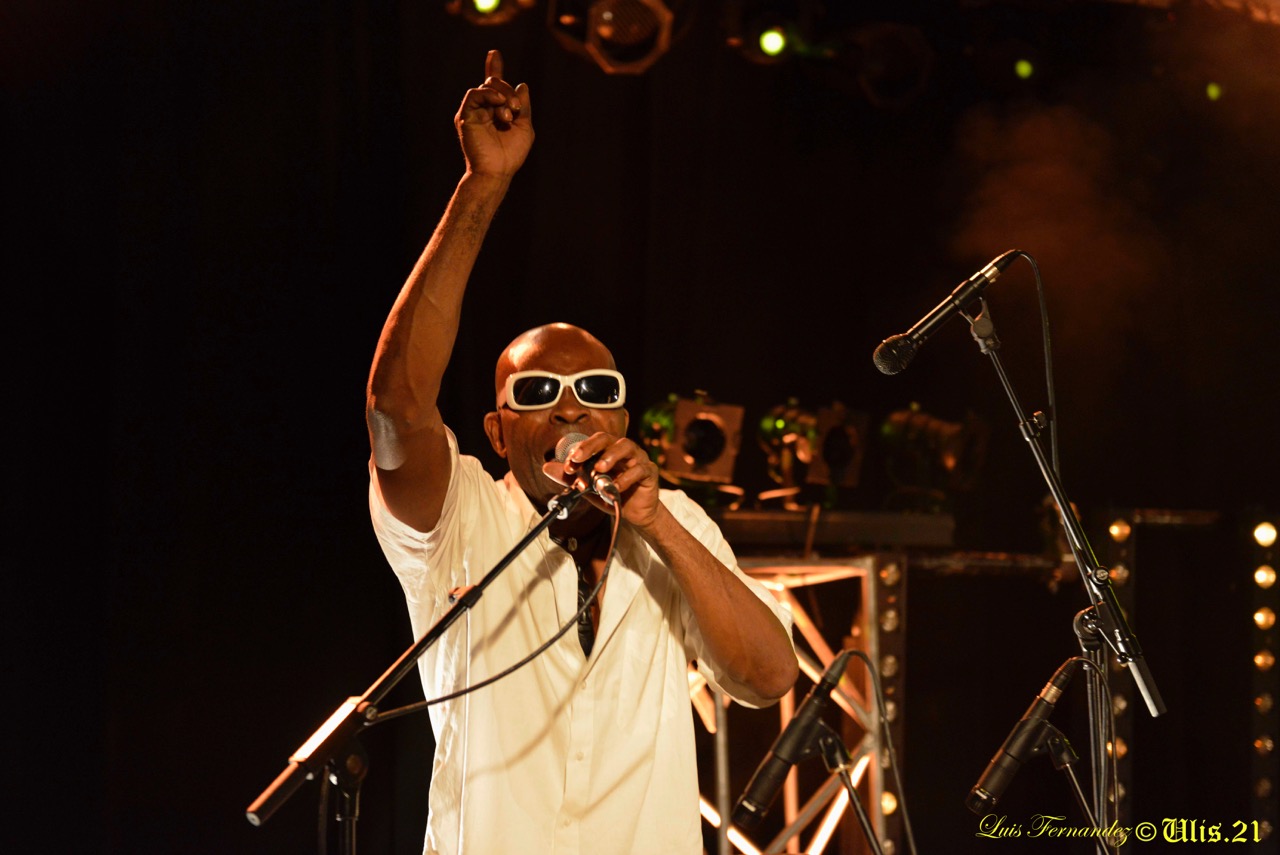 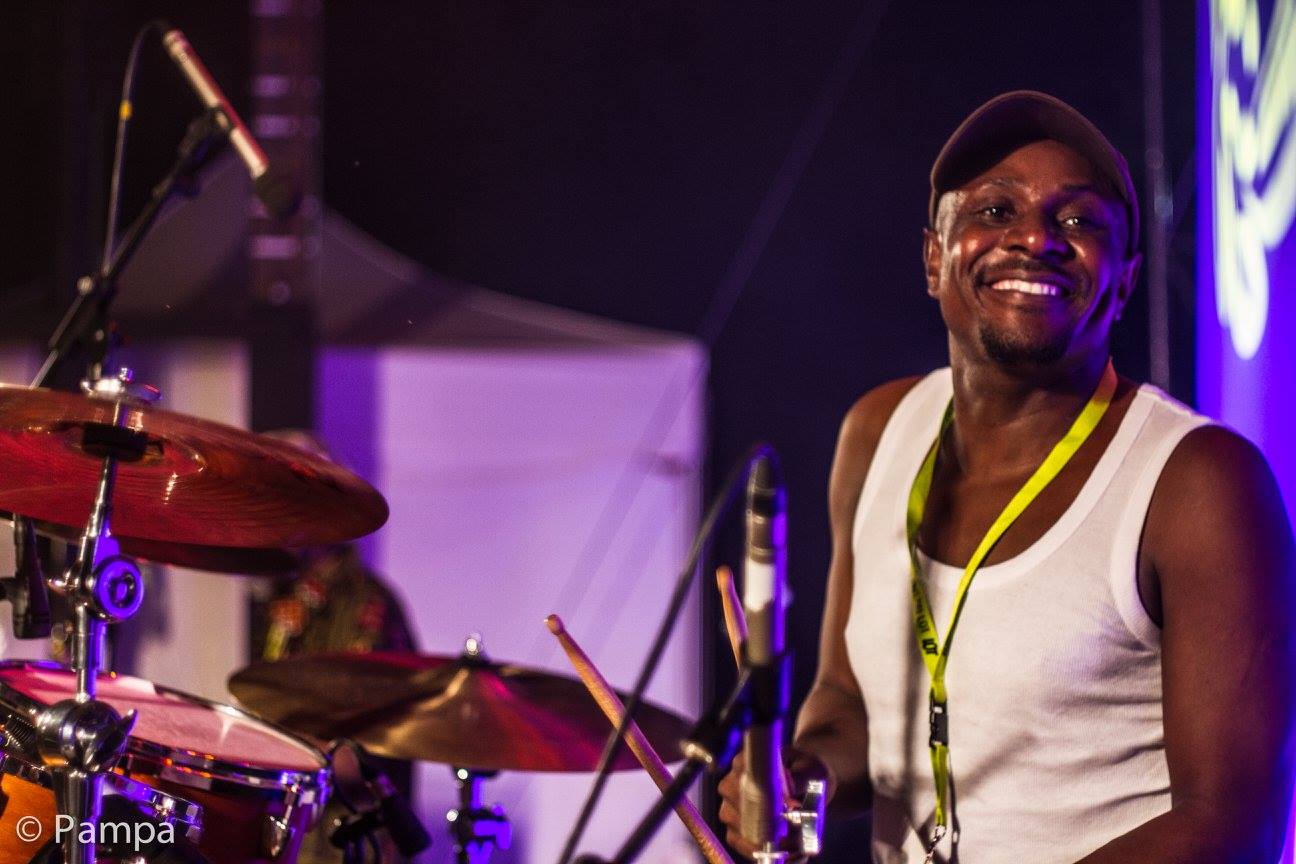 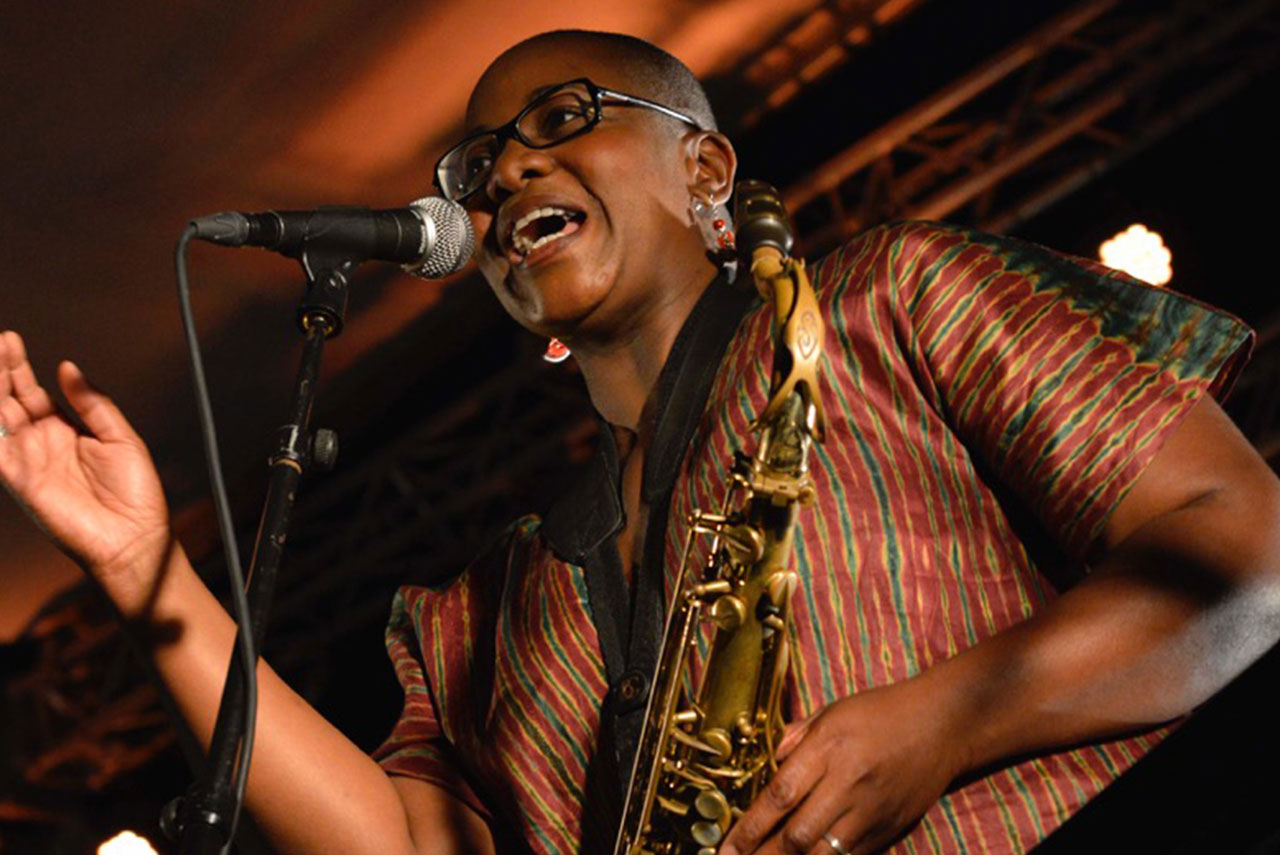 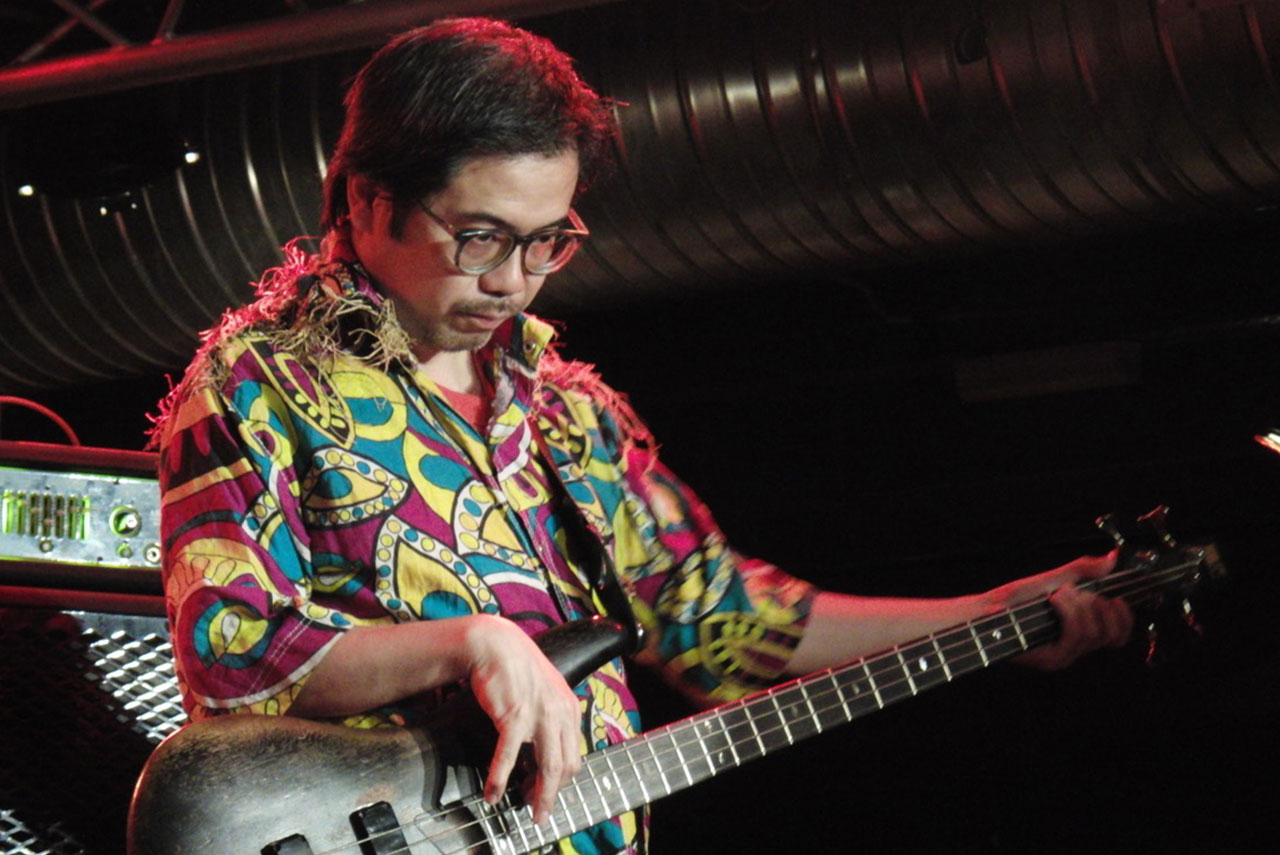 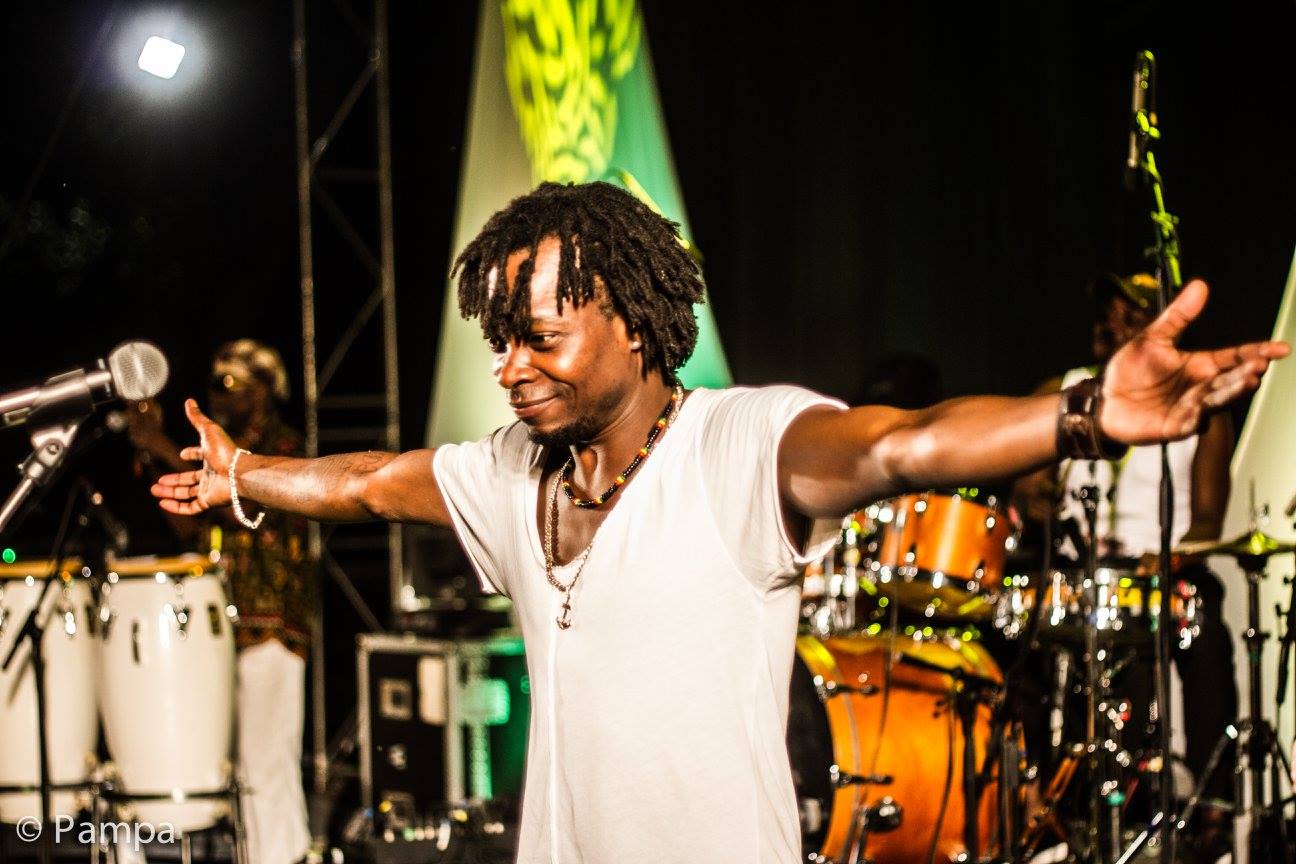